Snowfairy winning the Oaks. Namid winning at the Curragh. Red Cadeaux at the Melbourne Cup. Rebelline winning the Tattersalls Gold Cup group 1
Grainne has worked in the racing industry for over 35 years and has practised as a veterinary physiotherapist for 22 years. In Ireland she was Owner and Director of Curragh Animal Physiotherapy based on the Curragh, Irelands racehorse training hub, and was a very successful physiotherapy and rehabilitation centre for 8 years, with an equine swimming pool, arena and loose jumping circuit, providing inpatient and outpatient programmes. She worked on referral basis with veterinary practices, such as Anglesey Lodge Equine Hospital - E.C. Gowing MVB MRCVS and Marcus Swail BVMS MRCVS  - " ...I found her to be very competent both as a horsewoman and physiotherapist. I have also found her extremely easy to work with...."  ( 2002 ) and Troytown Equine Hospital Frank McGovern MVB MRCVS - " Grainne has worked on the Curragh as a physiotherapist for the past few years and has developed a reputation for professionalism and a track record of good quality work......is a very experienced horse person.....I later had Grainne treat a mare here in the clinic and again the quality of her work was excellent, and she displayed great patience in treating what was a rather difficult patient..."  ( Sep 2002)

Grainne was brought over to the UK  to help launch one of the first Equine Therapy Centres with Oakham Vets, based at Moulton College, with state of the art hydrotherapy facilities - an equine aqua treadmill, a cold spa and a swimming pool - achieving Ofsted 1 status, British HorseRacing Association (BHA) Certficate of Approval, a Certificate in Pool Plant Operations and creating a top class client base, during her two years as the  manager and equine hydrotherapist. She also lectured with live demonstrations on rehabilitation and fittening using hydrotherapy modalities.

Following her passion for  thoroughbred racing, she moved to Newmarket where she was resident equine physiotherapist, hydrotherapist - equine cold spa and water treadmill - and manager of the high speed treadmill at the famous La Grange stables with Ed Dunlop for two years.  It was an incredible two years with so many amazing horses and winners including - Snowfairy winning the Oaks, the Irish Oaks, the Irish Champion Stakes, Hong Kong Cup, Prix Jean Romanet, Queen Elizabeth II Commemorative Cup and Red Cadeaux winning the Hong Kong Vase and getting an extremely close second in the Melbourne Cup.

Grainne qualified in 2000 with the International Association of Animal Therapy with a Certificate in Animal Therapy. During her training she worked as a ﻿trainee resident equine physiotherapist at﻿ race horse trainer Mr. John Oxx's on the Curragh, Ireland for a year, building up case studies and writing her final research project.  She also travelled to Florida, USA where she qualified as a Certified Equine Sports Massage Therapist with a  Diploma in Equine Sports Massage from the Don Doran School of Equine Sports Massage. Grainne also completed a Higher National Diploma in Equine Studies with the Welsh Agricultural College in 1995. She is a Certified Kinesio Tape Practitioner having completed the training in both horses and humans. She has completed courses in Equine Acupressure and continues to study and research for continual professional development. She completed her training with an Advanced Certficate in Clinical Education (level 7) at Nottingham University winning top student award in 2016.

Grainne launched and was Chair of the first ever Equine Hydrotherapy Association, the Institute of Equine Hydrotherapists (IEH) a subgroup of the Insitiute of Veterinary and Animal Physiotherapists (IRVAP) for 2 1/2 years ( 2020-2022). She developed Equine research log books for using the equine water treadmill and swimming pool and downloadable charts with solutions for managing water problems. She also was involved in writing the first equine hydrotherapy course with SEG ABC Awards. She was also a council officer on the IRVAP board for 8 years (2014-2022), working in marketing, advertising, social media, website design, organising and running CPD Physio courses for IRVAP members and also attending trade stands to promote IRVAP members.

Grainne has worked with some top trainers,Mr. D K Weld, Mr. J Oxx, Mr. A Evans (Ireland); Mr. N. Brennan, Mr. M Chew (USA); Mr. N Chance, Mr. W Muir, Mr. S Moore, Mr. V Sloane (UK). She rode as an amatuer jockey for a number of years. Grainne has a passion for racing and was a member of the Racegoers Consultative Forum for a number of years promoting racing for Horseracing Ireland. She was associated with the Curragh, Punchestown and Naas racetracks in Kildare.

Her extensive knowledge of the racing industry, her experience of working with the thoroughbred racehorse, gives Grainne a great advantage as an equine physiotherapist.

Grainne launched Newmarket Equine Physiotherapy in 2012. Her client base has grown extensively. She is commonly known as G!

Julia Feilden Racehorse Trainer  - "I get regular Sports Massage for my horses from G and when needed physiotherapy... "
​
Jane Chapplehyam Racehorse Trainer - "I have found Grainne very helpful with the physio treatment she applies to my horses with great successes..."
​
Stuart Williams Racehorse Trainer -"I use G Physiotherapy on horses at Diomed stables with excellent results.."
​
Charlotte Mitchell Eventer and Spillers Nutritionist- " Grainne is a fantastic Equine Physio, so much time is spent on the horses, the massage is very effective and the horses really enjoy her massage. Each horse is treated for its individual needs. Highly recommended.."
​
​Dan Delsart International Showjumper - " My horses get regular sports massage and physiotherapy treatments from Grainne helping their flexibility, strength and performance"

​Amy George Event Rider - "Grainne Ni Chaba-Byrne is the absolute best in the area. Shes based in Newmarket and does predominately racehorses but treated my eventer after a serious muscle problem in his back last year and he hasn't looked back"

​Fiona Louise Hirst Event Rider - " Best in industry in my ( and my mare's) opinion!!!" 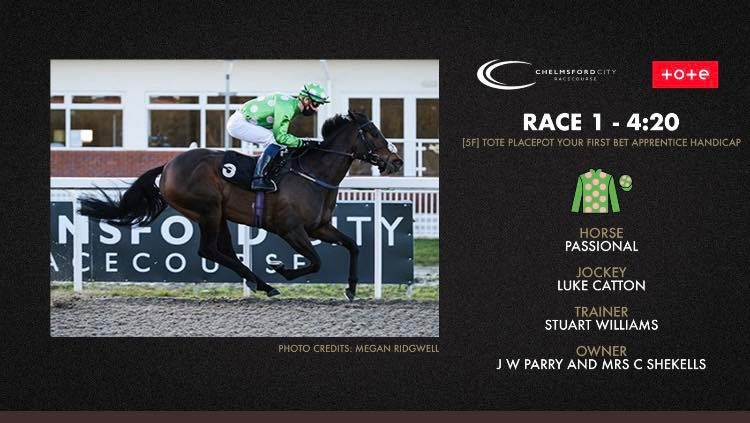 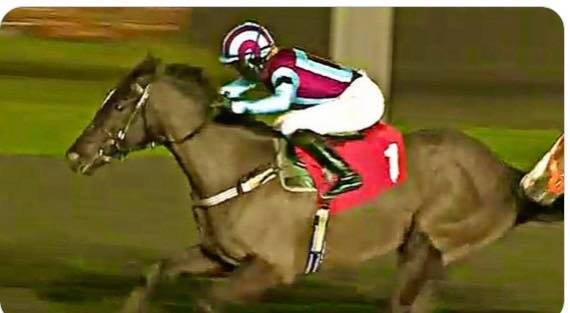 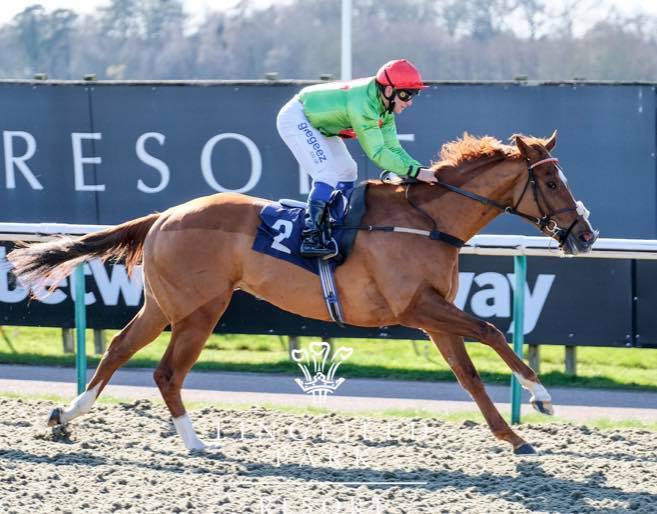 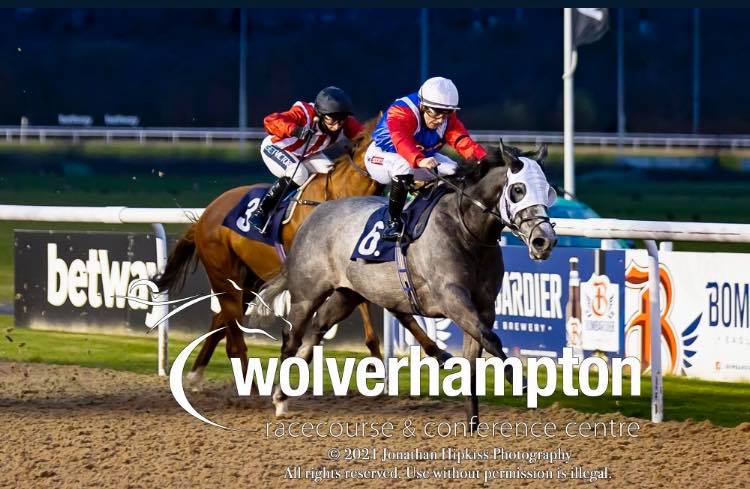 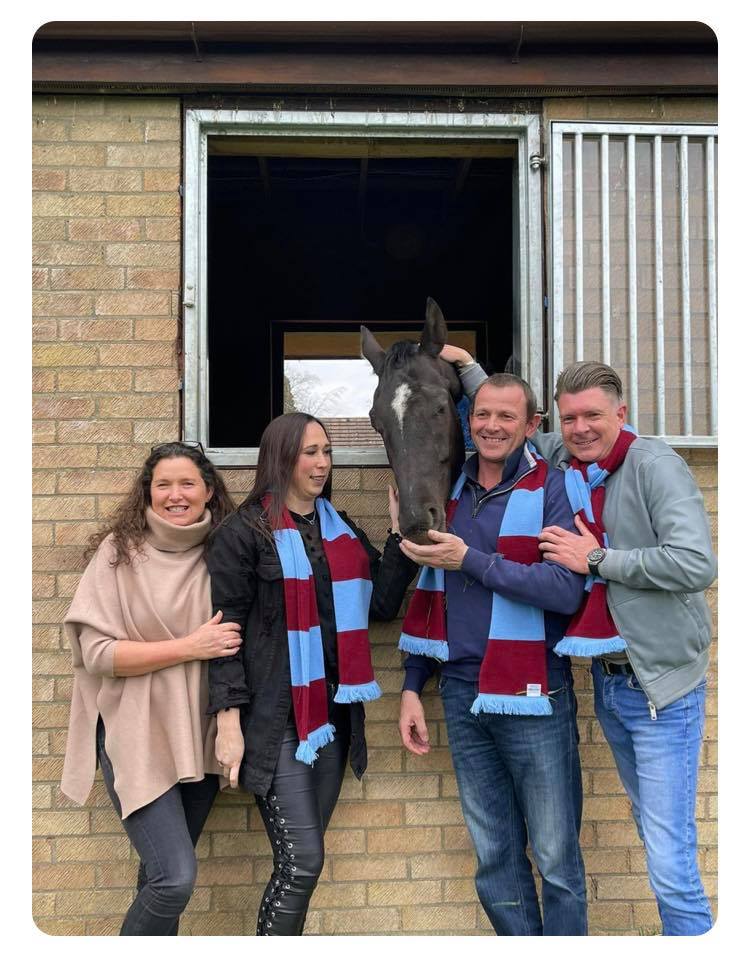 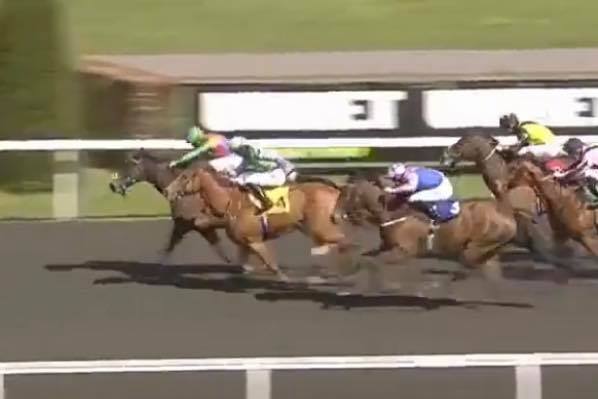 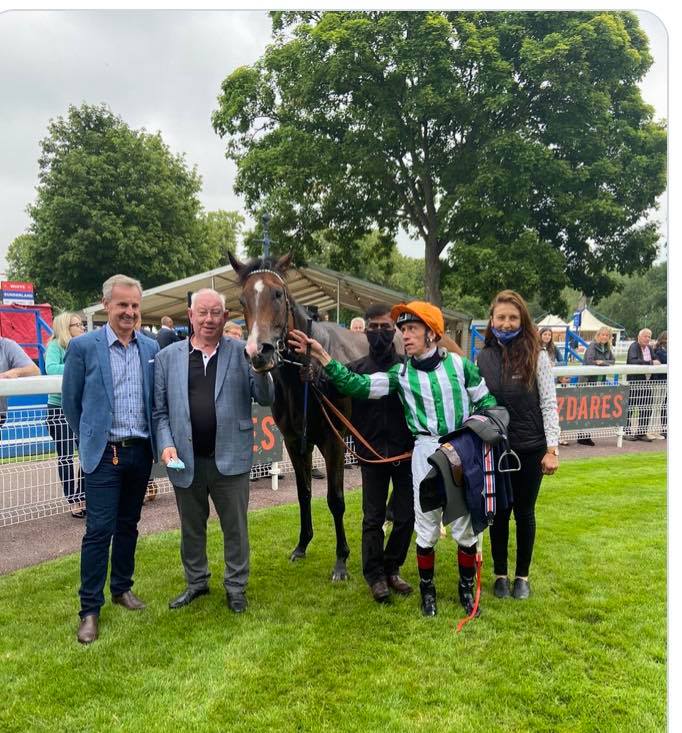 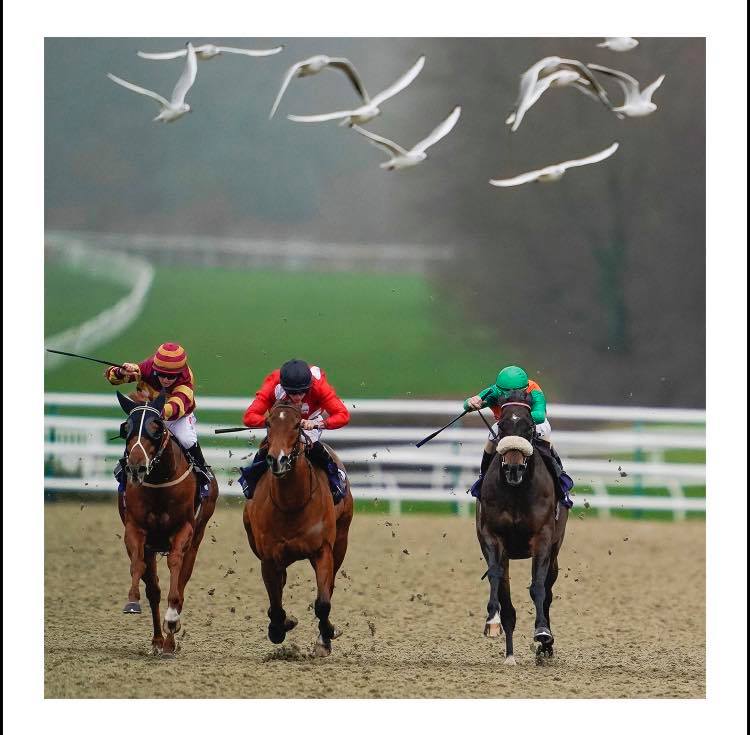 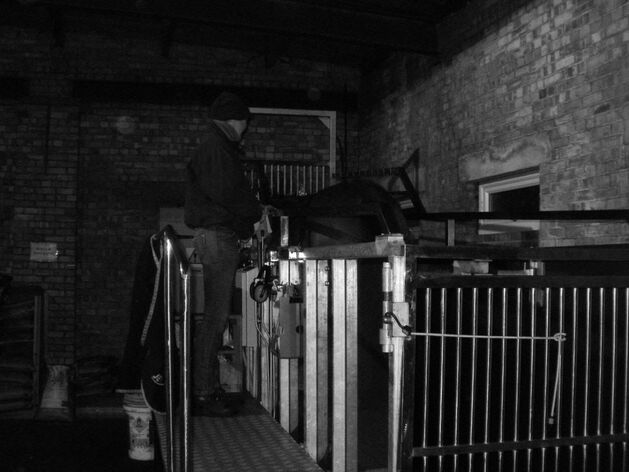 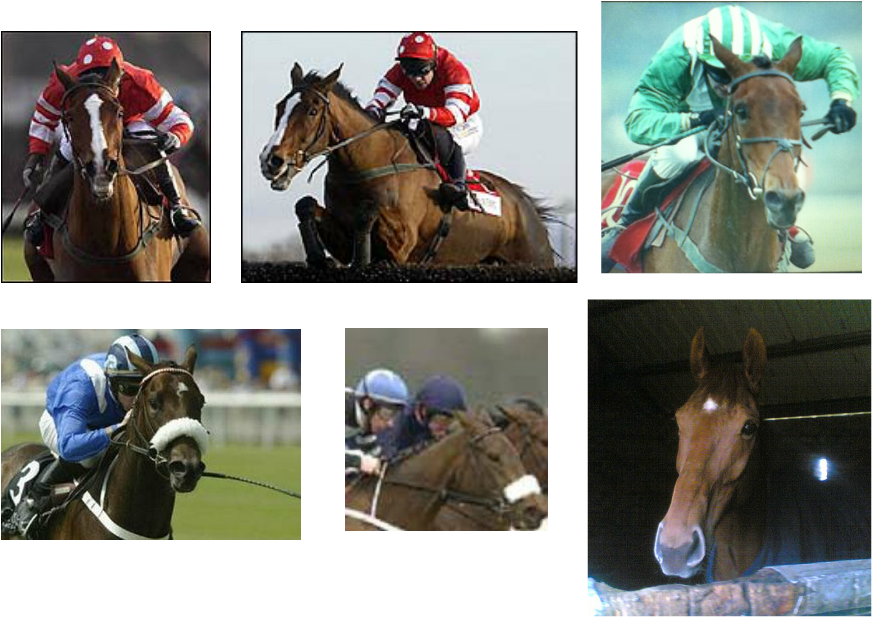 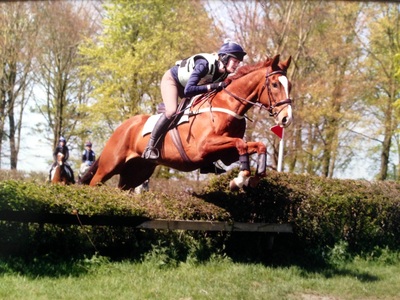 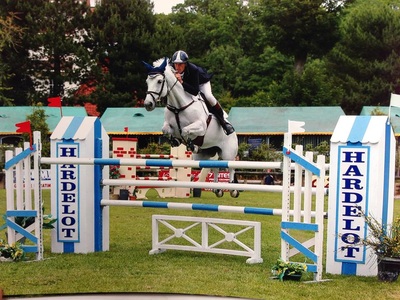 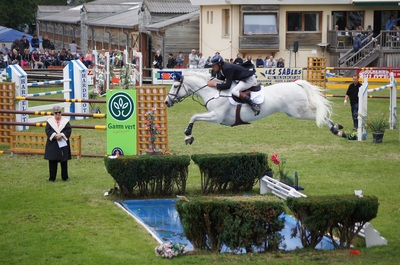 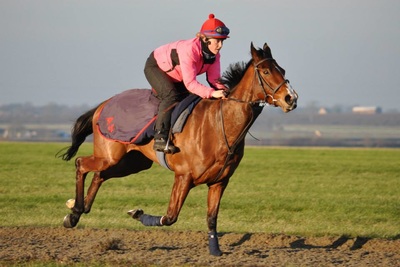 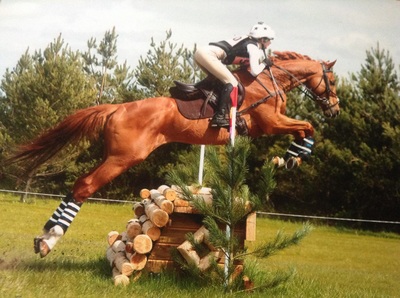 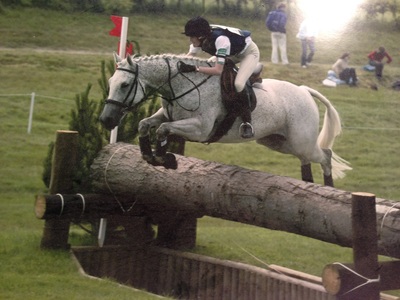